Should I Run a Ceiling Fan With Air Purifier?

It can be very refreshing coming back home after a tiring day at work to a room that has clean and pollution-free air. Have you ever asked the question should I run a ceiling fan with air purifier? I know you probably have; as an air purifier owner, the temptation to run a fan along with the purifier is ever-present as we all strive to get more pristine air conditions in our rooms.

So, you might ask, Should I run a ceiling fan with air purifier? I will tell you for free that the answer to that question is no. It is not a good idea to run an air purifier with a fan. If you want the best results from your air purifier, you should run it alone.

When you run an air purifier along with a fan, you won’t be getting the best air quality as the fan circulates, which will be counterproductive to the purpose of the air purifier.

When you turn on the fan, the fan begins to create positive pressure inside the room, and this means that it will push all manner of dust and particles towards the air purifier, making it work overtime to try and keep the room air clean. Some air purifiers come with in-built fans, and in this case, you don’t even need to think of turning on a fan.

Air purifiers and fans aren’t the same; the next paragraph will tell you their differences.

What Are Differences Between An Air Purifier And A Fan?

I know you’re wondering which you should use, between an air-purifier and a fan, what is a better choice? You also wonder if you should go ahead and crank them both up. Hold on. It’s essential you know the difference between them. Read on

The significant difference between an air purifier and a fan is that, as the name suggests, an air purifier wants to purify your air by removing dust particles, allergens, etc. In contrast, the fan wants to circulate your air.

Air purifiers want to separate clean air from the air that isn’t clean. Air purifiers come with technology that helps to remove allergens from air using an ionization process. As a result, the air is cleaner because of an air purifier.

Fans, on the other hand, aren’t built to purify your air. Fans are just interested in circulating the air in your room no matter what kind of air it is. Good air, bad air, particles free air or none particles free air, fans will circulate them all.

Air purifiers create negative pressure, which means they have a sucking effect for sucking in bad air and cleaning it.

While fans create positive pressure, instead of sucking air, fans will blow air and circulate it. They do not do much to clean the air.

So you see, they are both meant to function separately; an Air Conditioner And Air Purifier Combo is not a good idea.

Should I Run Ceiling Fan With Air Purifier?

If you have gotten this far along in this article, then you should know the answer to that question by now. But for emphasis’ sake, it will be addressed a second time. Should I run a ceiling fan with air purifier? It is not a good idea to do this.

It can be very tempting to do this because you may think it will add a double effect of both purification and circulation, but this isn’t necessarily true. It isn’t even necessary at all.

Air purifiers usually come with in-built fans, which are enough to blow air lightly. Allow the air purifier to run solo. Turning on a fan and the air purifier will put unnecessary demands on it and cause it to work overtime trying to clean all the air that the fan will blow its way. It will cause your air purifier to break down more often.

There are some frequently asked questions about air purifiers and fans, which will be addressed in the following paragraphs; stay with me.

If you’re looking to buy a quality air purifier, below are some great picks. 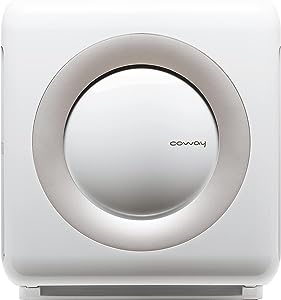 The coway hepa also comes with ionization technology which helps to remove particles and allergens from the air. The coway has that as an edge over many other air purifiers. 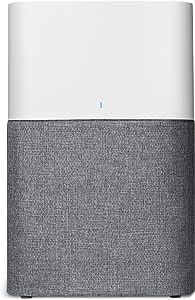 The Blueair is undoubtedly one of the best picks out there. It offers excellent quality at a fantastic price. The blueair pure 211 is perfect for large rooms. So, if you’re looking for an air purifier that will be able to purify the air in large spaces, look no further than the Blueair.

It also comes with a straightforward interface. The buttons are either HIGH, LOW, OR MEDIUM. The simplicity makes it an excellent choice for older people who may not understand more complex interfaces.

The activated carbon filter with the Blueair promises to remove air pollutants and tiny particles. 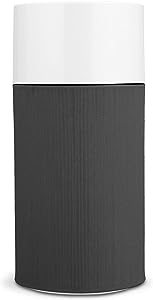 The 411 version of the Blueair has a particle and carbon filtration system. The activated carbon that comes with the air purifier will remove odor, allergens, and even gaseous air pollutants.

It also has a straightforward interface, much like its “elder brother,” the Blueair Blue Pure 211.

The only downside to this fantastic air purifier is for those who may want a wider-reaching one and the absence of a timer button. 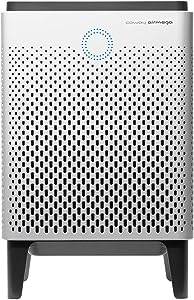 I call this the BIGBOSS! If you want an air purifier that can reach the whole house, then look no further than the Coway Airmega 400. Yes, it could cost you quite a bit, but the over 1500 feet of coverage makes it worth every penny.

The features of this bad boy are unique. You get intelligent settings that adjust the fan speed according to the air quality. You will also be getting a real-time air quality indicator which is a feature I think is very excellent because this will help you keep track of the air quality in the house.

If you do not want to have air purifiers scattered all over the house, go for the Coway Airmega 400 because it will serve the purpose of multiple air purifiers. 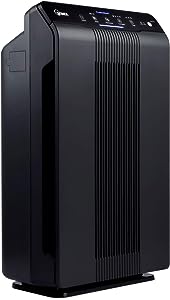 Finally, the Winix 5500-2. If you are the kind of person that is a germophobe, then you want to invest in Winix.

The winix in thirty minutes will capture above 95% of the dust and smoke particles in the room.

It also gives off very low decibels, meaning you don’t have to worry about loud noises. Winix, when used continuously, will drop particulate to zero and keep them there. Isn’t that awesome?

The downside, however, is the high power consumption and the lack of a more elegant design.

With these five picks, you now have choices for different space sizes and performance. So, now, we have gotten to where we conclude.

Should I Run a Ceiling Fan With Air Purifier? It is a question that carries with it a lot of temptation of thinking that your air will be cleaner and fresher with both the fan and the air purifier working at the same time. But, this article has shown that it is certainly not so and strongly not recommended.

Affiliate Disclosure: As an Amazon Associate I earn from qualifying purchases.

Hi, I am Joseph Lee, I have a home gadget tools selling shop, where I sell air purifiers and its related accessories. Because of my business, I have to face so many clients of the air purifiers machine users. Though my shop specializes in air purifiers, I saw many clients face difficulties with installation, maintenance, not getting the exact amount of service, buying the wrong one. All those problems they face because of their lack of knowledge about air purifiers.